The Northern Lights At Whitby In March 2017

The Northern Lights At Whitby In March 2017

After 6 months of false alarms, missed opportunities and cloudy nights The Aurora Borealis (Northern Lights) made a spectacular comeback at Whitby. Although I had seen them in Scotland in October, they had been absent at Whitby since the 3rd September 2016 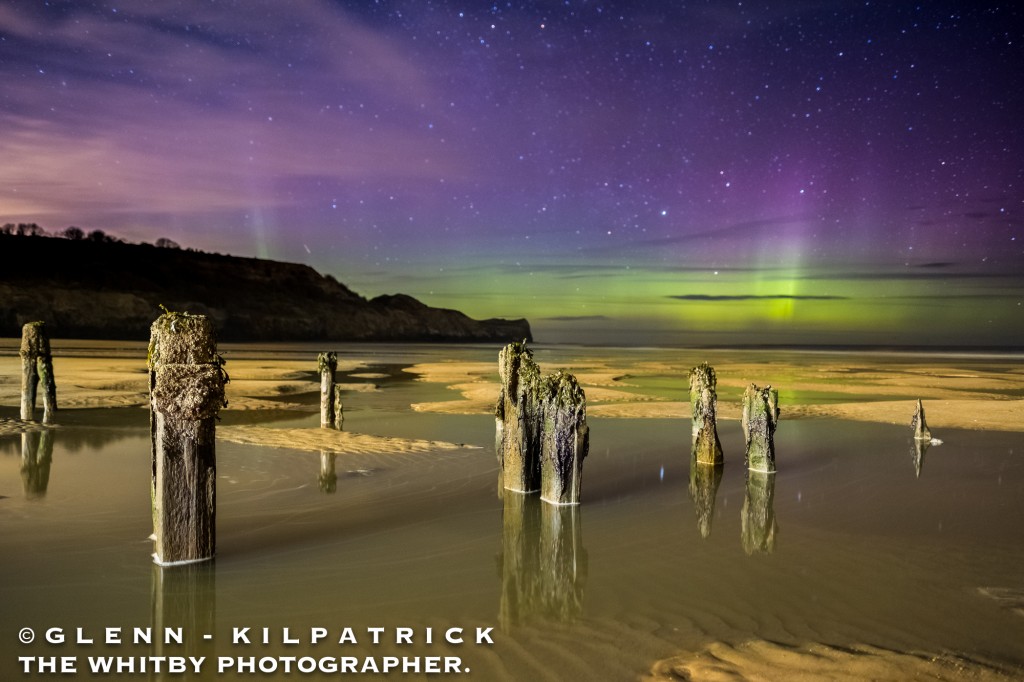 A Fantastic March Return For The Northern Lights At Whitby. Cards And Photographs Available At Silver Street Gallery And Windy Corner Cafe

I had been out most of the afternoon on one of my walks around Whitby. I was tired and hungry, but the Aurora App on my phone sent an Amber Alert Warning.My first thought was to check the online stats.

After advice from various people involved in Aurora and Space Weather prediction, I no longer take too much notice of the wing Model KP stats. I navigated to various predictions methods I was told to trust.

Needless to say, they showed nothing, so I settled down for a night at home editing photographs and then an early night.

After a while, my good mate Mike Marshall rang me and said he was in Sandsend Car Park and getting some colours through on his camera. He said he couldn’t see anything with the naked eye but was seeing strong green in his photos.

I didnt need to hear much more. I got well wrapped up (Aurora nights are usually long nights) and headed to Sandsend to meet with Mike.

To cut a long story short, In my excitement I forgot my camera, much to Mikes amusement. I had taken it out of my bag to get the memory card out earlier in the evening. Before heading back home to get the camera Mike asked me to check some stats on my phone. As I have EE 4G I get a signal at Sandsend where as Mikes Vodafone gets nothing at all.

I bought the EE package on the strength of its coverage around town and for this exact situation where we need to stats and information (aurora stats, Weather and cloud cover predictions) to guide us through the night. The Aurora stats had gone through the roof. It looked like an amazing show was imminent.

The temptation to put my foot on the accelerator was strong. But I managed to stick to the speed limit. The return journey home taking roughly 15 minutes to complete. Once back at Sandsend the tide was just retreating and we headed onto the beach.

The first photographs were just showing a band of green light on the horizon. It was not visible to the naked eye at all. We hung around the groynes as the water retreated and then headed into the corner of Sandsend underneath the cliffs. The closer to the cliffs we got the less light pollution there was from the village. The greens now became visible to the naked eye.