Looking back to my childhood on The Yorkshire Coast, an image that is firmly fixed in my minds-eye are the rows of Salmon And Sea Trout Fishermen that have lined the local beaches for the half century of years that Ive lived here at Whitby.

Born in Whitby in 1969, some of my earliest memories of the coast were of the fishermen who would set their nets to catch Salmon and Sea Trout from the beaches between Whitby piers and Sandsend.

Sadly, a tradition which has been here at Whitby for a great many years could soon become a thing of the past. Diminishing Salmon stocks in The River Esk have been blamed in part on commercial fishing on The Yorkshire Coast. With so many viable reasons for the decline in fish stocks, the effect of shore netting on the stocks is debatable. However, it is the Salmon Men of The Yorkshire Coast whose livelihoods will now be hit.

Twenty Eighteen was the last year that fishermen on the Yorkshire Coast were allowed to set drift nets to catch Salmon and Sea trout. In 2019, local fisherman Martin Hopper will no longer be able to fish for migratory fish off the Yorkshire Coast.

Fixed Net fishing for Migratory Species has been allowed to continue on The Yorkshire Coast in 2019. Those fishermen who anchor their nets on the shoreline have been granted a stay of execution for the short term at least. However these fishermen have been hit too with their season being cut in half by the powers that be.

The T and J fixed net fishery has always been open from May until the last day of August giving the fishermen a four month season. However in 2019 their season has now been halved and they may only operate in the months of May And June, the fishermen must also return all salmon caught in their nets during that period.

Local fixed net fishermen now fear this may be their last year of fishing on The Yorkshire Coast.

As I did with Drift Netter Martin Hopper. I aim to follow the T and J fishermen through this season, catching as many images and video as possible to capture a social history of Salmon And Sea trout Fishing on The Yorkshire Coast.

Last weekend, early April 2019, local Salmon Fishermen were preparing their cobbles for the coming season. Preparation using involves patching any holes in their vessels, making them water tight, and then a general clean up and a good coat of paint.

The Cobble in the pictures below is Phoebe, a vessel which is now in excess of 60 years of age. Phoebe is getting rather long in the tooth these days, and indeed has sunk on more than one occasion, having to be re-floated off Sandsend Beach only last summer. With time now running out for Salmon fishing at Whitby, this may indeed be Pheobe’s final year on the water, her owners talking of a viking burial when the sad day finally arrives. 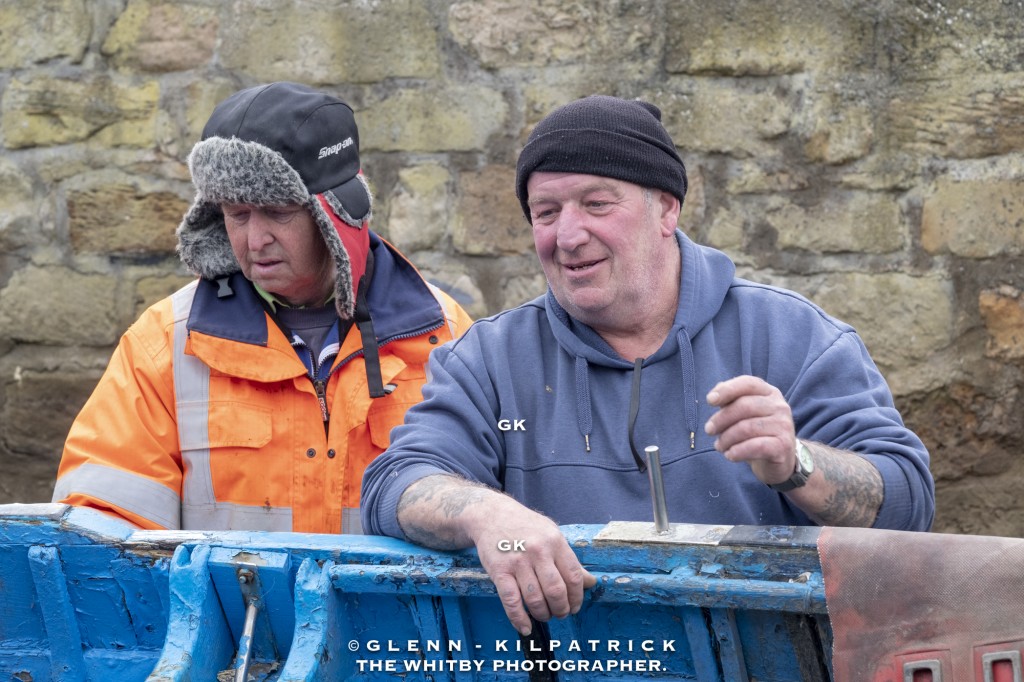