What Happens When The Fog Lifts – Harvest Moon Rising.

What Happens When The Fog Lifts – Harvest Moon Rising.

Well its been a miserable couple of days here in Whitby. As can quite often happens, whilst the rest of the country was baking in an Indian summer, our temperatures were pinned back to a cool 14 degrees by a sea fret (Mist) off the sea.

Obviously its not great weather to go out in, and its not that brilliant for photographs either when the mist is very thick. However today I sensed the possibility of magic from the very start of the day. You could see by the light that the sun was never far away. Infact you only had to go 2 or 3 miles out of Whitby to get away from the dreaded fog.

When this happens, Im very much aware that there is a possibility of the fog receding right back to the cliffs or waters edge, and when this happens it can make for some great atmospheric photographs.

Having already been out in the car twice today looking for breaks in the fog (and being disappointed both times), I wondered if it was to be third time lucky as I ventured out this evening.

Initially things didn’t look so great Ruswarp and sleights area had sunshine but Whitby was covered in fog. I then headed up around Hawsker and it was clear there but again you could see nothing of Whitby.

As I drove down Hawsker Lane it began to clear and you could see the Abbey with the sun behind it. As I looked across Whitby I could see the fog clearing more and more as every minute passed.

The following hour up to sunset gave some lovely atmospheric conditions for photography. Below are just a selection of my photographs from tonights shoot. I hope you enjoy looking as much as I did taking them. please consider leaving some comments in the comments area at the bottom of this blog post. i would love to hear from you. 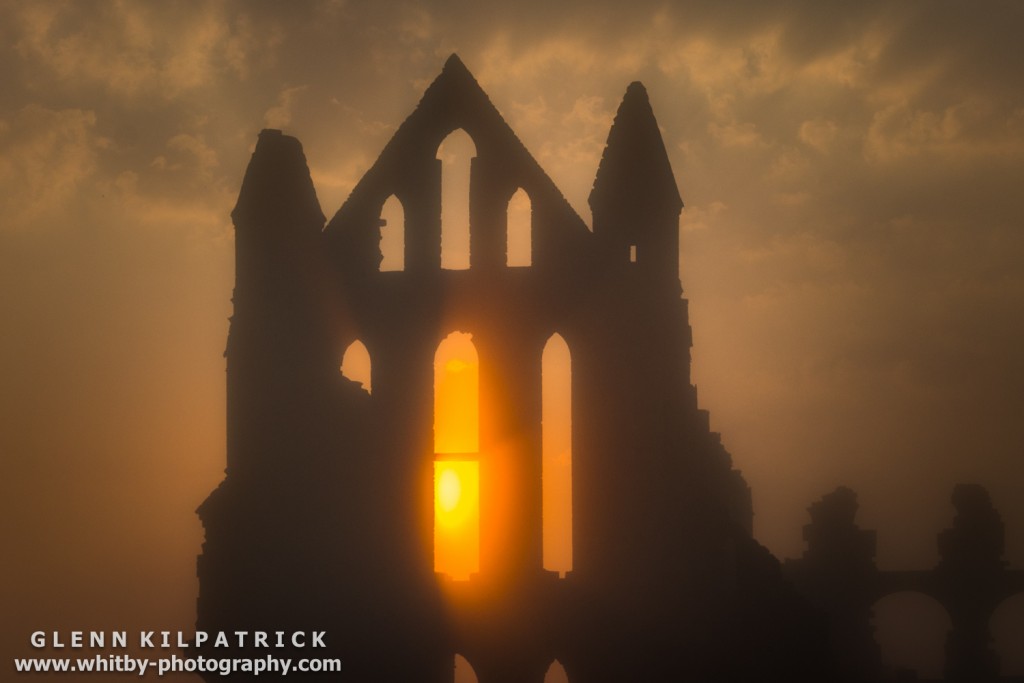 Whitby Abbey Pops Out Of The Fog Not Long before Sunset