Captain Cook, Ruswarp Cows And A Trip To Stape

Home/Sunrise, Sunsets/Captain Cook, Ruswarp Cows And A Trip To Stape

Captain Cook, Ruswarp Cows And A Trip To Stape

Captain Cook, Ruswarp Cows And A Trip To Stop, all in one day (Not to mention lunch with a friend).

Lately I seem to be back in the habit of getting my lazy ass out of bed before the sun pops his face above the Horizon (Note I say “he”. The sun is definitely male). My aim is to capture a sunrise or 2 before summer comes and it gets rather difficult to get out of bed in the middle of the night.

I had felt the sky looked rather clear so the chances of a great sunrise were obviously going to be limited. It is the clouds that give the sky that pre sunrise colour and without the clouds the sky is normal a bland blur with a hint of orange before the sun pops up. Coffee in hand I headed for the west cliff and was pleasant surprised to see a nice set of clouds in the eastern sky.

All looked promising, initially, but as I waited for the sky to colour up, the clouds dispersed leaving nothing much at all. At this point I decided to leave and head for the moors in search of early morning mist and frost. As I headed to the car I noticed that Captain Cooks statue looked rather nice against what was left of the clouds, so decided on a quick silhouette shot of that scene. 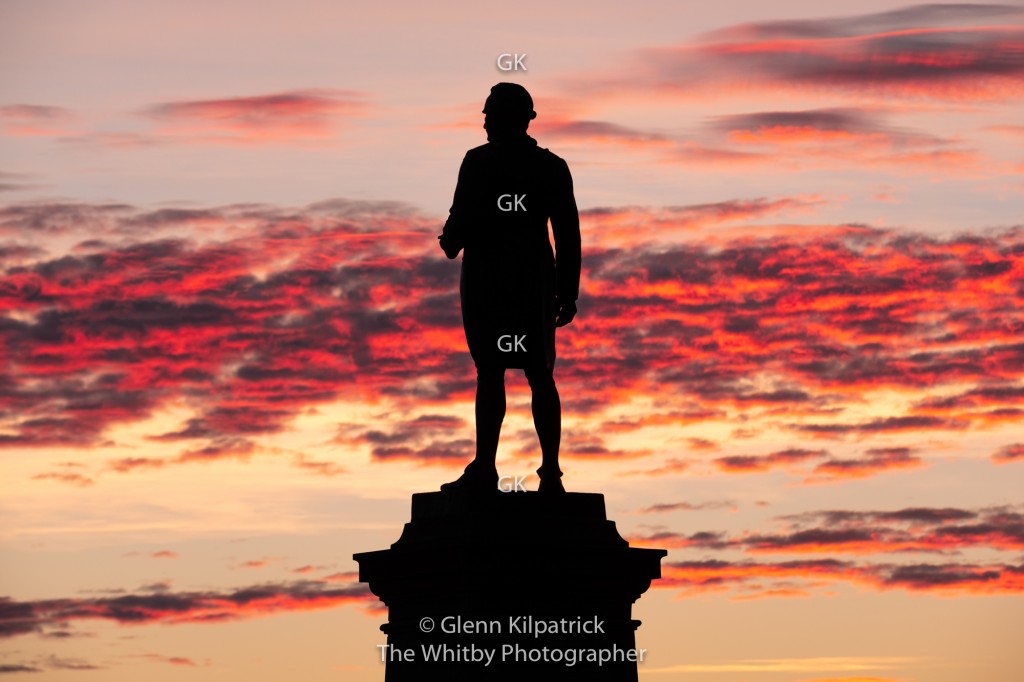 Next on the agenda was a trip to State, probably my favourite place on the moors for early mornings. The mix of open moorland flowing up to the edges of the thick forest of Cropton can be really stunning first thing on a morning. Ive also noticed that this area often holds lots of pockets of mist at this time of year.

As I drove up through Egton Bridge and onto the moor tops I drove into dense fog. Not quite what I had expected but in places it was clearing and the views were phenomenal. This is a type of photography I feel Ive never really mastered, but that never puts me off trying, plus its a great place to be on a winters morning. Today was officially called Blue Monday which I’m told is the most depressing day of the year, but as I looked across the beautiful moorland I felt happy to be alive. 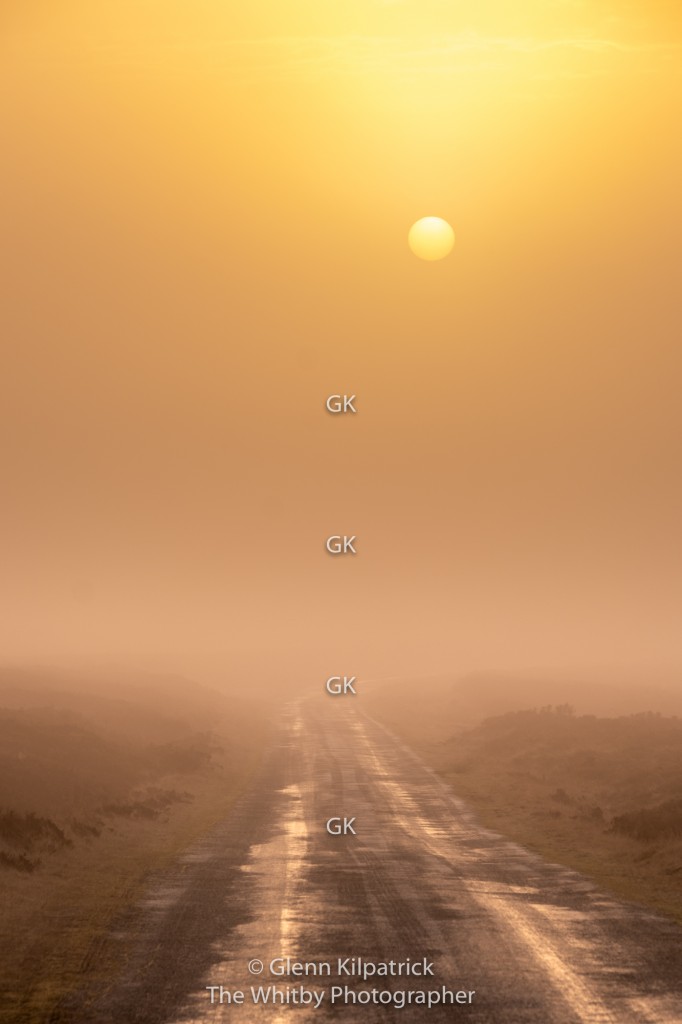 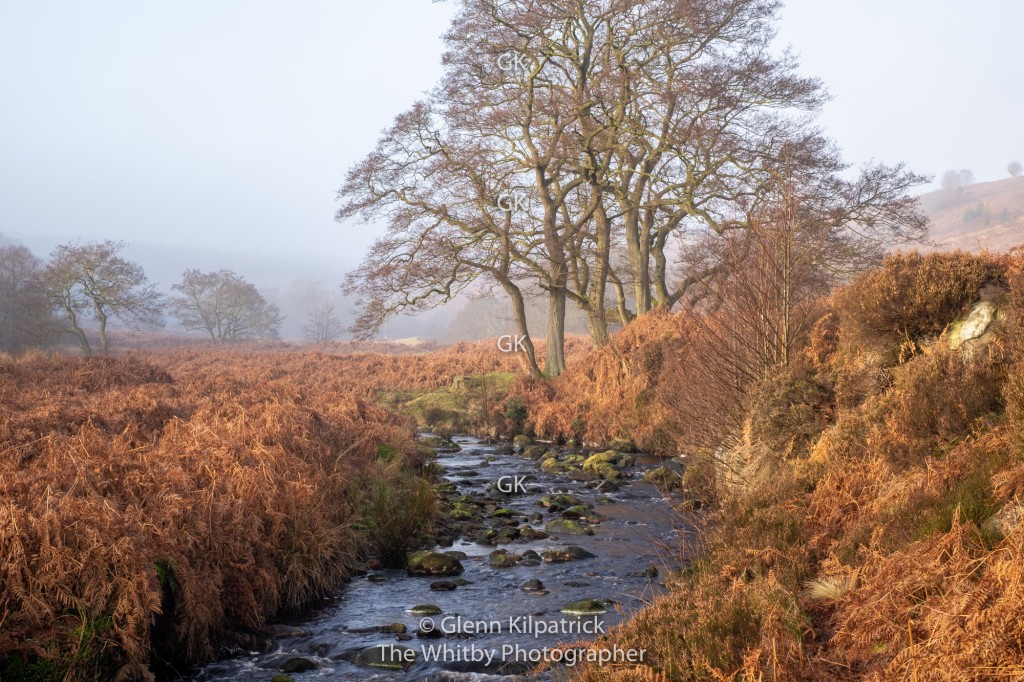 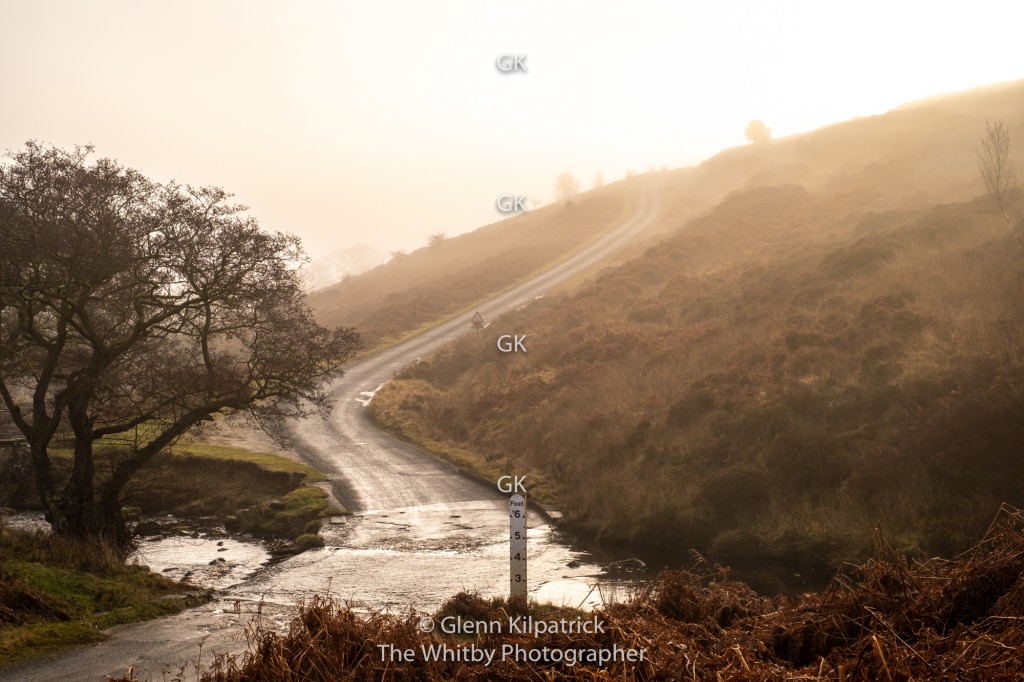 Mid morning I was back in Whitby to meet with my mate Miff for Lunch. The Fish Finger Sandwich’s in Sanders Yard Cafe are simply to die for, and it barely touched the sides, such was my hunger after a morning chasing photographs.

We spent the afternoon walking and and enjoying the scenery around Whitby. The light was amazing and with no wind at all, the reflections in the harbour were stunning. You will have to take my word for that as I left the camera at home.

Next up was Sunset. I felt it might be quite a nice end to the day but really wasn’t sure where to take myself. I did what my old friend Betty told me to do and just went where the car took me, which was Ruswarp.

The Church looked nice silhouetted against the red and orange sunset. The pictures were nothing special, but as I walked along the banks of the Esk I was joined by some rather beautiful friends who helped make for a stunning photograph and a rather special end to Blue Monday. 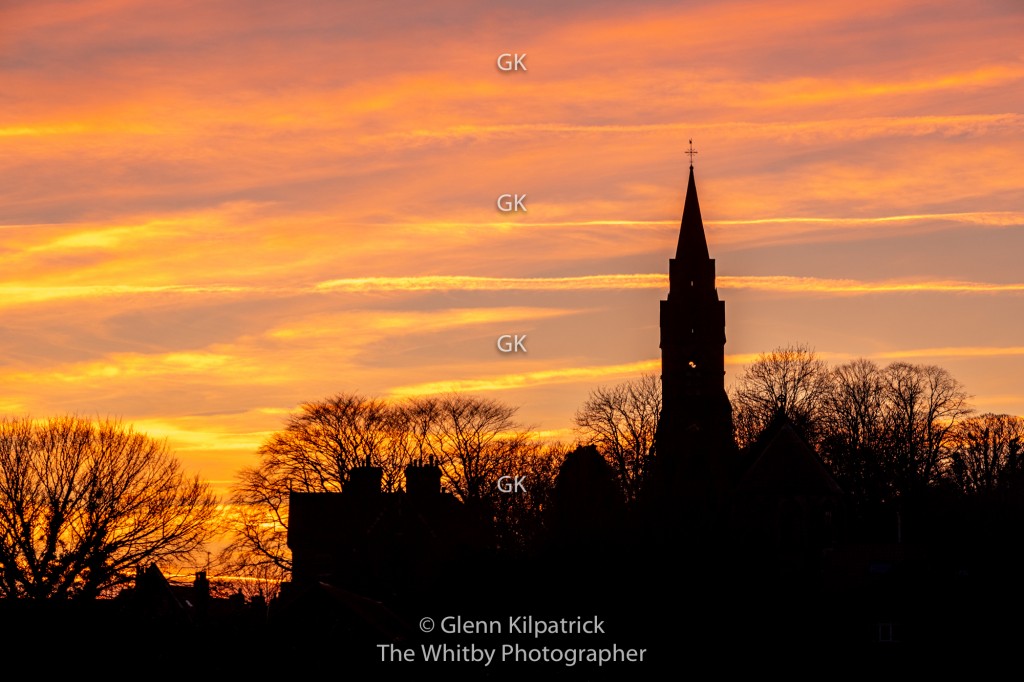 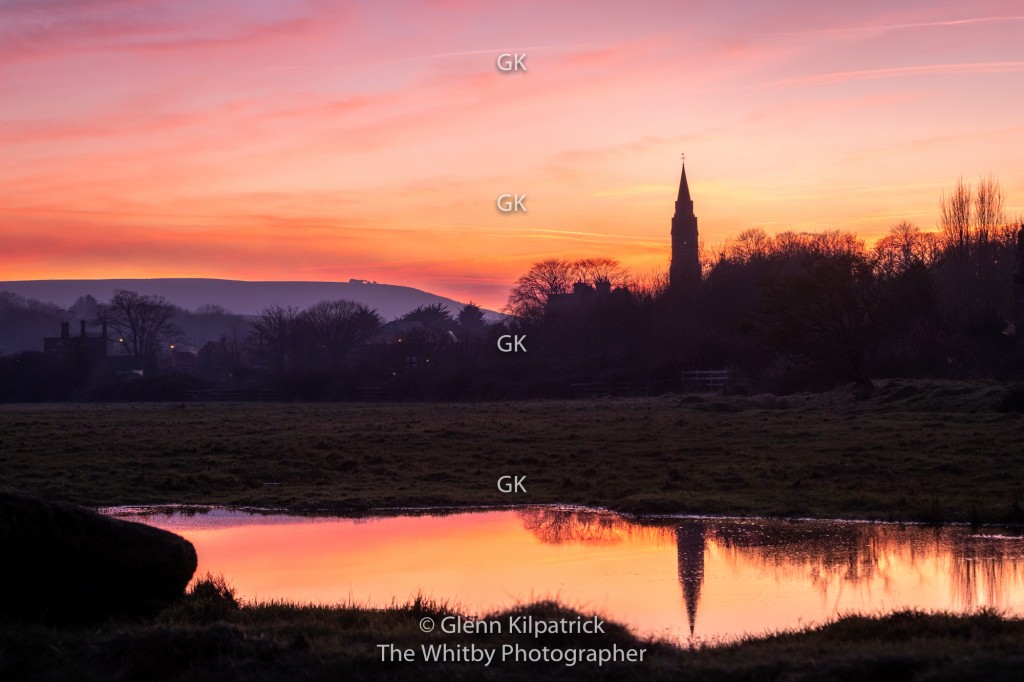 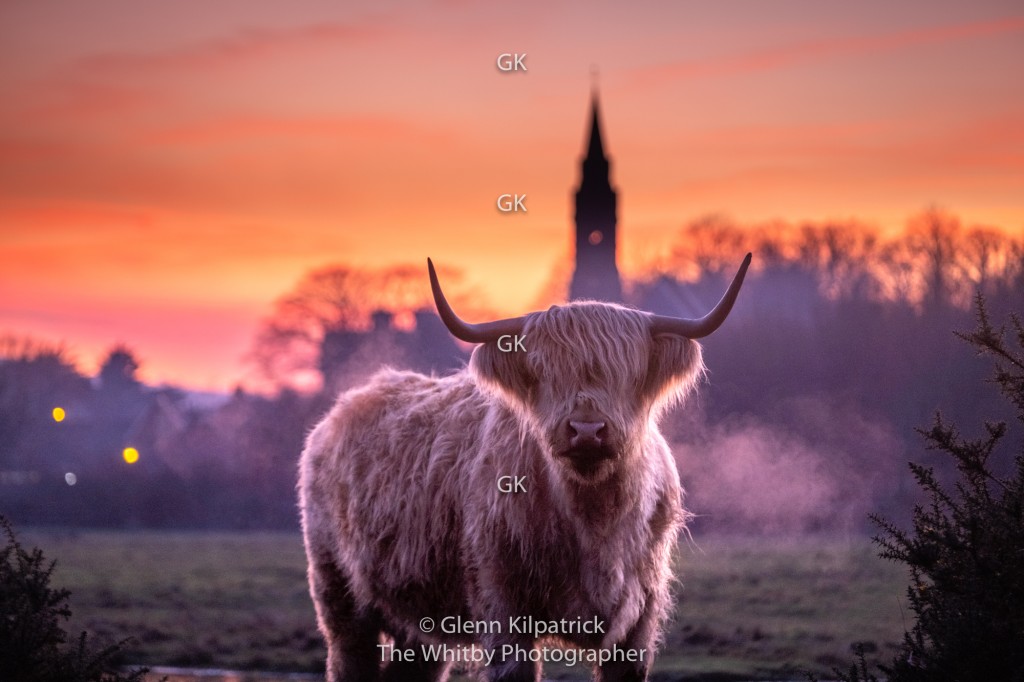 Highland Cattle With Ruswarp Church Behind. A beautiful end to a wonderful day. Blue Monday ? Ended with something very special indeed. 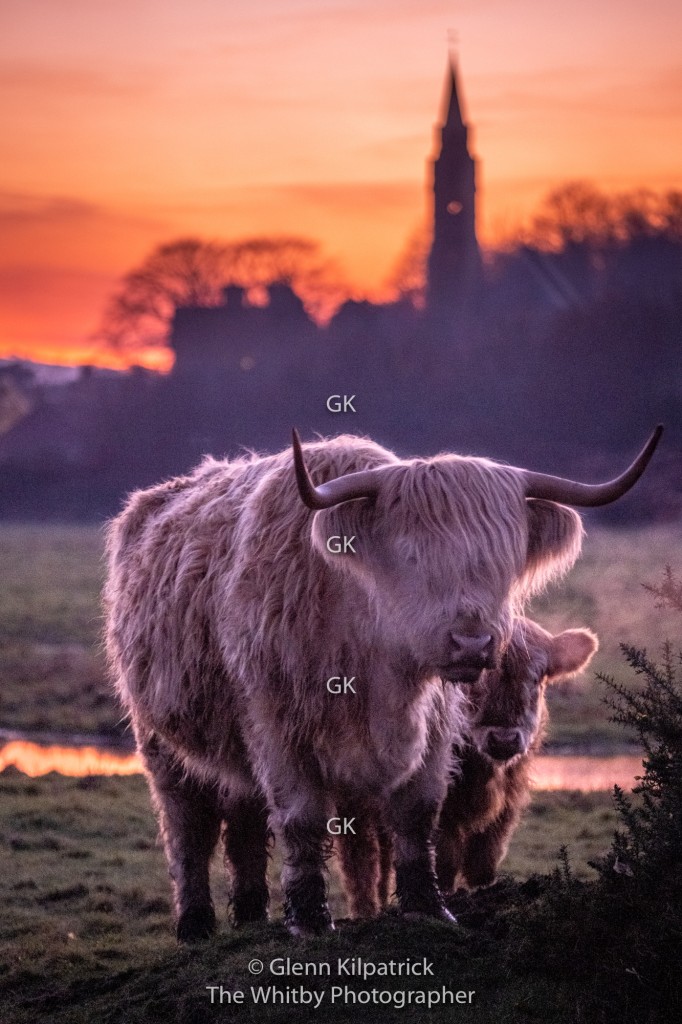 Mother And Baby Highland Cattle At Ruswarp Near Whitby.

Thankyou for looking. Please don’t forget, all these images are available as Prints and Canvases. A selection will also be available as Coasters and some may feature in The 2021 Calendars. Watch this space 🙂